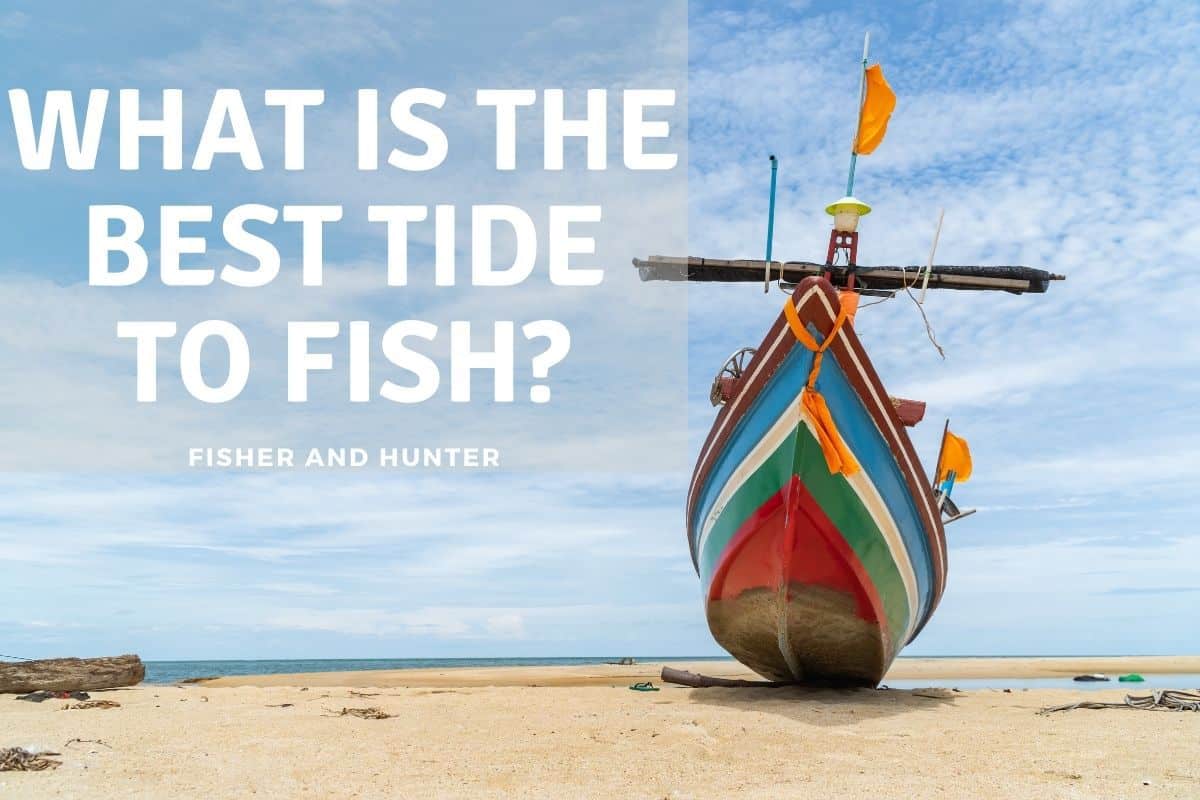 For the saltwater, or brackish water angler, an important factor to take into consideration before selecting a venue to fish is what state the tide will be during that particular trip. Understanding the different states of tide is important for success, whether it be from a beach, river or estuary.

Rising and falling tides are statistically the best tides to fish. Rising tides bring cooler waters, and increases in oxygen, outgoing tides will take bait and nutrients out to fish waiting at estuary mouths to feed. However, fishing conditions are also affected by wind and weather and not solely tide.

This article will offer tips and advice on how to fish different tide states, and other factors to be aware of outside of the tide you are fishing on.

What is a Tide?

The gravitational pull from the moon generates what is known as a tidal force and this in turn results in high and low tides. There is a period of just over six hours between a high and low tide, so there are two high and two low tides in just over a twenty four hour period.

Twice a month though, during a full or new moon, the tidal ranges are slightly larger and this results in what are known as spring and neap tides.

You can find out your local tide times by using this site and just tapping in your city details.

What Are The Best Tides To Fish On?

While there may be debate about whether the best tides to fish on are falling or rising tides, there is certainly no debate that both are better than high and low tide!

As the tide falls and rises, water pushes creating strong currents and these are optimal times to fish as food will be dislodged and the fish will come on the feed.

Is A Rising Tide Best for Fishing?

Is A Falling Tide Best For Fishing?

Is Fishing A Spring or Neap Tide Better?.

During a spring tide the sun, earth and moon are aligned and this means that more pull is created thus resulting in more water being pulled towards the shore and this, in turn, results in higher tides than normal.

Seven days after the spring tide, neap tides occur which is when the sun, earth and moon form a right angle and this means that the sun and moon work against each other. This results in a tide that is lower than average.

When the power of the water current increases and starts to move and dislodge food items such as aquatic worms and other forms of marine life such as crabs and shellfish, there will be an abundance of fish eager to feed.

Spring tides are moving more water than normal and neap are moving less. Although Spring tides are moving water more violently most anglers don’t scale their gear up accordingly. If you use lighter gear you may find your bait being thrashed around in the water, rather than presenting its self to fish. Make sure you get some heavier weights to counteract this.

Neap tides are less dramatic and can actually be quite pleasant to fish, there is less movement but still bait fish and bait are being swept in and out of shore lines. Fish will feed and there is less worry about having to scale up to keep your bait in place.

When fishing from the beach, anglers must remember that different beaches fish better at different states of tide. Steep shelving beaches can generally fish well on all tides as there will always be a good depth of water available, whereas shallow beaches can fish better on a high tide.

Exceptions to the Rule.

There are exceptions to this rule though and some shallow shelving beaches can fish better at low tide though, as deep water can only be found at a great distance, so at high tide it may prove difficult for the angler to be able to cast far enough to find deep water.

There are times when fish are absent at certain states of the tide, for example when the sea is calm and the shoreline is static.

Can you Fish at High Tide?

High tide is not generally considered to be a optimal time to fish, the water may is at its deepest, but it is still and unmoving. Fish will be generally suspended in place and movement will be less. Feeding occurs when water is in motion as it presents bait drifting past fish and encourages bite reflexes.

However, as with all grey clouds there are some, albeit few, silver linings to be found if you are fishing on a high tide. The angler will find it easier to reach fish who have made the trip into the tidal sections of the estuary or the beach. Some marine animals will come from the sand as the water comes in and there are fish who seek these out.

Once the tide reaches its peak there will be a short period, though, when there is hardly any current. The fish will generally not feed in these conditions but will wait until the tide starts receding and the current starts pushing again.

One reason fish rarely feed in slack water is that small baitfish can easily escape when the water is calm but when the tide is flowing hard these small fish find it difficult to escape, resulting in an easy meal for larger more powerful fish.

Generally, two hours before high tide and two hours after high tide are the prime times to fish. It is important to bear in mind though, that this will vary depending on the location, weather and prevailing conditions.

Can you Fish at Low Tide?

Although the same logic applies to low tide as high tide in relation to suspended fish and still water, on some beaches, fishing at low tide can be more productive than fishing at high tide.

A very shallow shelving beach might not hold much water during high tide but could have a deep trough in which the fish feed and this may only be accessible to the angler during a low tide.

There are also beaches that have a lot of shingle that will not hold any burrowing worms, for example lugworm but as the sand is exposed around the low tide mark, such worms are revealed. Certain species such as flounder and dab will be present at low tide as they will feed in only inches of water a few yards out in search of easy food.

As with a high tide, there will be a period of slack water when the sea reaches its lowest level and at this point most fish will be least inclined to feed. You may be able to lucky cast in to their face and get a reaction bite but it still stands water movement will be a more successful time to fish. It still stands that the best tides to fish are ones where water, and therefore fish are moving.

A factor that needs to be taken into consideration when sea fishing is the weather forecast. Rain and snow have little effect on the behavior of fish, but probably the largest influencing weather factor is wind.

Strong onshore winds will whip up the waves making rough and choppy conditions which in turn will stir up the seabed, dislodging food sources such as marine worms and shellfish on which the fish will feed.

Offshore winds will flatten the action of the waves making the sea calm so less marine worms or shellfish will be dislodged. This will make many fish head out into deeper water to look for food,

However, some small species such as whiting, rockling and pouting will be encouraged to feed at little more freely away from cover due to the absence of larger predator fish and the risk this poses.

Although fish can be deterred by bright sunlight, summer is seen as probably the best season for sea fishing. Shoals of sprats and sand eels move closer to the shoreline encouraging mackerel and garfish to hunt these down to feed. Shoals of mackerel and garfish will then be hunted down by large shoals of bass that will move into shallow water to feed.

Another ideal time to sea fish is during the hours of darkness as larger fish will move closer inshore to feed as darkness offers  protection from predators plus the usual daytime beach and water activity will have subsided.

The same guidance for the best tides to fish applies above but if you can find a few light up lures or a fake robot fish ( we tried this) you can pick them up on amazon reasonably now, then you could have some fun out there.

We have a couple of articles linked below on Night Fishing tips and tricks, and also if you are a kayak angler then we have a guide on how to night fish from a kayak as well.

So clearly experience tells us that moving water is better to catch fish in. this means high and low tides are not the optimal times to go fishing. However, there are always fish around and if its only the time you have to get lines in the water then you should still do so even if you are on a high tide. They only last a couple of hours before the water starts moving again.

Once it does fishing should pick up as the water starts moving. We all have limited time to do the things we love so don’t just wait for optimal conditions, we would be waiting for ever, get yourself out here choose the right bait and tackle and get yourselves some fish no matter the conditions.