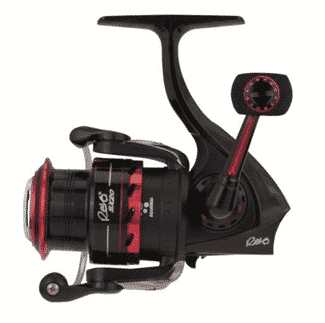 Have you ever get tired of waiting long enough to catch at least one fish while fishing? If that so, well maybe this can help you get more information on how to be successful in fishing by getting the right fishing spinning reels. A fishing spinning reel is a great tool for bass fishing. Likewise, with other fishing tools, you tie a string to the end of a long stick with earthworm on a hook and ready to catch a fish but its capacity is too limited. It has the ability to hold long measures of distance and makes sure the lure is in good condition and uses it as often as you want.

Here are some of the things you need to know about the bass fishing spinning reels to help you with you fishing adventures!

Unlike other reels, it allows you to get bait without having a compact distance from a fish.

It allows you to catch a fish as fast as a single cast of bait for it enables to lure the fish to where it cast and where the angler cast from.

There are many types of reel, but the following are the common parts every reel has:

There are three most common types of reels to bass fishing. Let’s dig deeper into it.

Invented in the late 1940s by the Zero Hour Bomb Company, the Spincast Reel was one of the first recreational fishing reel was used. Its third reel model, the Zebco 33 were designed with push buttons that allows a simple and easy usability. This was designed in such a way so that anyone can easily use it to learn how to get their baits out into the water.

Easy to spool and cast and was designed simpler especially for those younger anglers. It is a great type for those who have just started and beginning to like pan fishing on your favorite lakeshore.

Casting distance, weaker drags (compared to spinning and baitcasting reels), slower gear ratios – you have to turn the handle more to take up the same amount of line), limited string capacity and the heavy line could be hard to cast on this kind of reel.

The spinning reel was designed an “open face” spool where it is not hidden under a screw cap. With its great feature, the spool is able to spin backward with resistance as you encounter a hard pulling fish.

To cast using a spinning reel you can figure this out. First, pinch the string to the rod above the reel. Then you can fold the bail up sideways to open it. As you go back with the rod, keep holding the string on your index finger. Lastly, when your release it forward, let the string off of your finger. It might be hard at first but it takes more practice for some time.

You can tighten or loosen the drag and the size of your fishing string to avoid break-offs and lack of control when fighting a fish.

It could be line twist and line coils (since the string has to be wound around a fixed spool).

The Baitcasting Reel has a spool that spins to pick up the string and also unravel the string on a cast unlike other types of reels. This reel offers a great way to cast heavier lures and spools up with heavier string.

There has to be some control when the spool spins (either the reel is engaged or disengaged). The speed of the spool when it spins has to equal the speed of bait when the string pulls off the spool.

The line guide of Bait caster is one of the unique parts of it. As the spool winds the string on, there has to be a system to make it evenly on the spool. That’s why the worm gear goes back and forth as a reel is engaged and when the handle is turned which gives you a great evenly filled spool.

The cast will end short of its desired distance if a spool spins too slowly. However, the string will be tangled which causes a backlash if the spool spins faster than the line being pulled off by the bait on a cast.

Casting is the throwing of fishing line by means of a rod and reel. You have to make sure you get to lure out to the intended area where you think the targets are.

Fishing might not be for everyone. But it is for those who are into that hobby and obviously, the reward is very fulfilling. If you are starting to love fishing, make sure to follow these beginner’s guidelines. And choose the best type of bass fishing reels wisely! Enjoy pan fishing everyone!

link to Canoe Vs. Kayak Which Is The Best For Fishing?

A kayak that is rigged for fishing is the best option as a small fishing vessel. The canoe has application in this role, but the purpose-built fishing kayak has advantages such as stability,...

Continue Reading
link to What Time Of Day Is Best For Fishing?

The best time of the day to fish is before sunrise and at sunset. Fish are at their most active as the sun rises and the sun is about to set between 4.30 to 8 am and between 5 and 7 pm. Usually,...