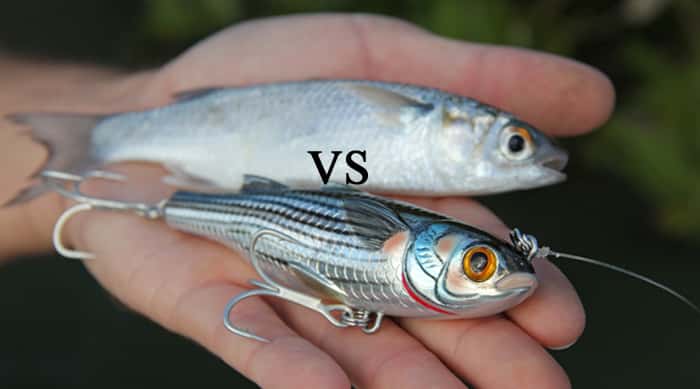 Fishing has been there for pretty much the longest time, as there are communities that live on this. This only goes to show that baiting has also existed for hundreds of years as well. For the longest time, natural baits have been the most common ways to lure fish, but artificial baits also date back a while.

They, however, became more sophisticated a few hundred years ago. They have then advanced over the years with growth in the bait industry, which now provides more options for fishers.

We can divide baits into two, the live ones and the artificial ones. You can use Live baits for the longest time as they enable you to catch more fish. The fishes keep coming to get the bait leaving them more open for harvest. The only downside to live baits if keeping them alive for long and the expense involved in acquiring them.

Live baits include; crickets, crayfish, minnows, leeches; worms, and wax worms, to mention a few. Crickets have become a little bit extinct these days, but there are fish that got bananas for them a good example being bass. Crickets are relatively cheap, so you don’t have to worry about expenses.

Depending on the type of fish you intend to catch, crayfish is another bait option, especially for bass. They have, however, become extinct, and the hustle of hooking them draws fishers away from them. Minnows are the most used live baits. They are relatively inexpensive and used to catch almost all fish types. They also come in different sized.

Leeches are the best bait to use on rough waters due to their durability and ability to survive underwater for long. They are the best option if fish keep getting away with your worms but can, however, disappoint you in certain conditions.

Worms are the most commonly used baits all across the world. They, however, take some getting used to as they are very tricky to hook as they occasionally fall off. Waxworms are another option though not applicable for catching big fish. They are only applicable to small fish breeds and have become popular over the years.

Artificial baits have also evolved over the years and have become more and more sophisticated. The good thing about artificial baits is you can catch any fish you intend at any time. We advise you to mix it up a little bit and use different baits in different areas and periods for more efficiency.

These artificial baits include spinners, spoons, plastics, flies, and crankbaits, to mention a few. Spinners reflect sunlight off their surface once they start spinning and come in varieties. They are made in a form that attracts fish once the blade is set off.

Spoons come in mainly in silver and due to their weight work very well in deep waters. They are designed to take the form of a small injured fish when they start spinning due to the movement and color.

They also have that spoon-like shape, and that’s where they get their name and come in many sizes hence able to trap both large and small fish.

Plastic baits serve as live bait replicas of almost all types of baits from mice to crayfish and worms. They copy the movement of what they are replicating and in some cases, even have the scent. They are relatively cheap and very effective in catching fish at any time and season.

Fly fishing has risen in popularity over the past years. It’s the perfect bait for catching fish, especially those that come on surface to feed. These baits have the complete movement of live flies.

They are streamlined to enable them to dive into the exact depth you desire. They also move in the same way an injured fish does, making luring other fish very easy. This, however, comes at a price as they are relatively expensive compared to other artificial lures.

For one or the other reason, there are those people who are unable to access both real live and artificial baits. This doesn’t, however, stop them from fishing as well as they have also improvised and developed mechanisms to enable them fish.

There are lots of other bait types that have existed for a very long time in this effect. They include; boilies, bread, sweet corn, pellets, and luncheon meat, to mention a few.

Many fishers prefer boilies because other than being relatively cheap; they are so easy to make for you. They are round and hard, containing a lot of ingredients in them. The reason fishers prefer making them to buying is that it enables them to know the exact ingredients contained in them.

Bread is another straightforward to acquire bait, especially when on a low budget. It has been in use for decades, if not centuries. It is one of the simplest ways you can use to catch fish.

Sweet corn is another brilliant option when on a low budget. It has existed for a very long type as a bait source and is very attractive to fish due to its bright nature. It is a relatively cheap food source hence effortless to acquire.

Pellets are another bait type that most fishers like to use. They are a bit addictive to fish, so once fish eat, they are most likely to come looking for more. They are small and hard, made from fish feeds and vegetables. You need to sprinkle them on the water surface and let them work the magic.

Though relatively expensive, luncheon meat is a beneficial type of bait. It has been there for hundreds of years. Most people shape it into cubes and hook it directly.

Now we are at the concluding step of our epic. Choosing the best bait for each season is a bit complicated, but our guide can be very useful in selecting the best one for fishing. Hopefully, we have provided you a better idea of how to bait fishing works and uses of the best baits for the particular fish you are hoping to catch.